Charlemagne (747 – 814), King of the Franks and later Holy Roman Emperor, set up a new monetary system based on a system introduced by his father, Pippin. Pippin’s system, in turn, was based on the old Greek and Roman Libra, Solidus and Denarius (l. s. d.) This old system was based on gold which became scarce after the conclusion of peace with Byzantium and the resulting loss of trade routes to Africa and the East. 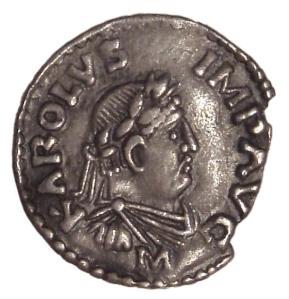 Denier from the era of Charlemagne

Charlemagne’s new standard was based on silver. The livre (pound) which was worth 20 sous (like the solidus, and later the shilling) or 240 deniers (like the denarius, and eventually the penny). Initially the only coin minted was the denier; the livre and sou were simply counting units. This system was introduced into Charlemagne’s empire, which was most of Europe. England also adopted it.

After Charlemagne’s death, his empire and his reforms in the monetary system, accounting and education began to disintegrate. Continental coinage became totally degraded and the high quality English coinage became the chosen standard up to the 12th century

An actor friend of mine, Justin Aylmer, who was dressed in medieval costume and reading extracts from a Gothic novel, apologised that he had to wear glasses because they would be somewhat incongruous with his costume. I was happy to inform him that, contrary to what many people might think, glasses or spectacles are not a modern invention.

The concept of magnification by using a lens is mentioned as far back as the 1st Century A.D.  when Seneca the Younger mentions the magnifying effects of using a  globe to read small text.

Much later, in his seven volume Book of Optics, Alhazan, born in Basra, Iraq in 965, investigated the magnifying power of the lens. Al Hazan was one of the great Arab experimentalists and a pioneer of optical science.

By the 13th Century spectacles were being manufactured in Italy. The invention of spectacles would have been an incredibly significant technological advance because it enabled scholars to continue their studies undimished by the natural deterioration of eyesight with age. Petrach, who was born in 1304 wrote: “I had … a vision that for many years was sharp. (But it failed me unexpectedly when I was over sixty, so that I was forced reluctantly to the use of spectacles.)”

We also have concrete evidence of these early spectacles in medieval paintings. It is interesting to note in these paintings that it is mainly monks and religious who wear spectacles. This is not surprising since reading and writing were almost exclusively within the competence of the church. 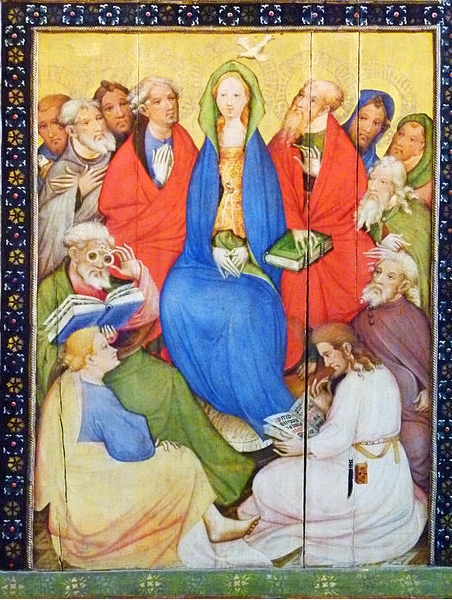 Panel from the Wildunger Altarpiece by Konrad von Soest (1365 – 1425) with Glasses Apostle.

In the Middle Ages the warrior-class when not engaged in war spent a great deal of their time and resources hunting.

The hunting dog used to seize a running beast was the alaunt. The alaunt, originally a herd and war dog of the Alani warriors of central Asia was cross bred with sight and and scent hounds in the west to produce the alaunt gentil and the bulldog alaunt. The alaunt gentil resembled a greyhound but were heavier and their their heads were broader and shorter.  In his Book of the Hunt, Alfonso of Castile (1311 – 1350) describes the alaunt’s head as being broader than that of the greyhound and more like the conger eel’s head. The bulldog alaunt was heavier again and and looked more like a mastif.

The other important aspect of the alaunt was its temperament. The quarry pursued by hunters of the middle ages and later was large and dangerous. Wild boar, bear and wolf were particularly fierce and the alaunt needed to be fearless and aggressive when it came to the kill. Some of the modern day bull terrier breeds look like smaller versions of the bulldog alaunt and they certainly manifest a fearlessness that is unfortunately exploited by some unscrupulous people.

In the Middle Ages the dog handlers, were very important members of the aristocratic household staff. They were called fewterers.

We can get a good idea of what the alaunt looked like from paintings of the period. There are also modern versions of the alaunt being bred. 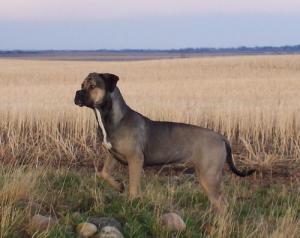 Faddan More Psalter 8th Century from a bog in Tipperary

If we don’t have our history, we are orphans. I don’t know where I heard that phrase, or something similar, but it struck me as being a very profound statement.

The idea came to the fore this evening as I watched a replay of a documentary on the Fadden More Psalter. This psalter was discovered in a bog in Tipperrary, Ireland.  It dates from the 8th century and is an incredibly important find.

It has always been recognised  that Irish Christianity in the Middle Ages was different from the European or Roman Christianity: it was based on a monastic model as opposed to the hierarchical Roman model of Pope, Bishops, Priests and lay people.

However, after painstaking restoration work, a remarkable discovery was made which points to a very tangible connection to the Coptic Church. On the inside of the leather cover of the psalter, the restorer found a pattern, the weave of which reminded him of ancient papyrus. Papyrus was not a material that had ever been cited in ancient Irish studies, nor was it a material that one would ever expect to see in Irish latitudes. After tests, however, the page on the inner part of the leather cover was confirmed as being papyrus: a material widely used in early Coptic manuscripts.

The connection between the Irish and Coptic Christianity is now even more intriguing. How did the papyrus get to Ireland?  How and why did it end up in a bog.

These are the fascinating questions raised by the discovery of the Fadden More Psalter. With regards to how it ended up in a bog, one theory is that it was hidden in the bog by a monk to save it from being destroyed by Viking raiders and that the monk himself did not survive to reclaim it. This seems like a plausible explanation.

Whatever the real story is, science and future treasures from the bogs will help us piece together the remarkable lives of our ancestors and their great love for the written word which has always been a notable feature of the Irish culture, right up to the present day.

The video about the Fadden More Psalter is at http://xrl.us/bmyn2p

“Neither does a great nation send its poor little boys to jail for stealing six walnuts; and allow its bankrupts to steal their hundreds of thousands with a bow, and its bankers, rich with poor men’s savings, to close their doors ‘under circumstances over which they have no control,’ with a ‘by your leave;’ and large landed estates to be bought by men who have made their money by … altering the common highwayman’s demand ‘your money or your life’ into ‘your money and your life.’

This extract from a lecture by John Ruskin in Manchester in 1864 has an uncanny resonance with the incredible revelations concerning our own dispicable bankers, specualtors and money men. In his lecture Ruskin was making a case for a nation investing in Libraries, Art Galleries, Museums, Gardens and places of rest.  These would be ‘accessible to all clean and orderly persons at all times of the day or evening’ and free of charge.

“… it is…better to build a beautiful human creature than a beautiful dome or steeple,” he concludes.

Do we have a modern day John Ruskin and who is he or she.