There is a pervasive brightening in the air where the mighty Atlantic pummels the rocks and cliff faces and claws its way onto the secret shingle beaches of Connemara on the west coast of Ireland. Above the littoral a quilt of stony fields conjure up a mystical past. It is easy, in this magical place, to sense the timelessness of nature and our own brief sojourn in the vast sweep of creation. Here is the land of Queen Maeve, Cú Chulainn, Finn McCool, Oisín, the Fianna and the mysterious Tuatha de Danaan. Add to this a vision that time after time will startle the eye and the heart. It is the Connemara pony standing majestic and wild as the Atlantic in the tiny rock-strewn fields. They belong here, inseparable from the landscape like the stone walls, delicate as lace, that surrounds them. 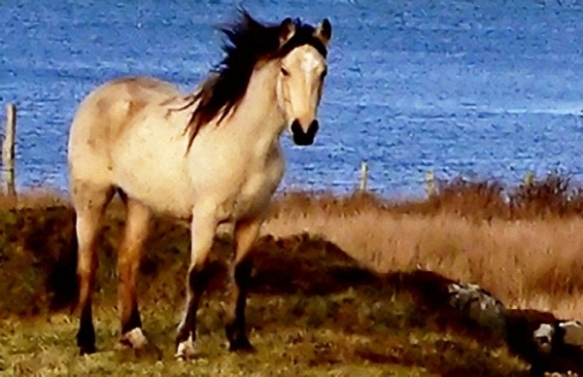 The Connemara Pony has a noble history. It is descended from the, now extinct, Irish Hobby Horse. The Hobby was bred in Ireland from Spanish and Libyan stock.  According to James Lydon : “Hobelars (the name given to lightly armed riders on hobby horses) were highly mobile and excellent in scouting, reconnaissance  and patrols … eminently suitable to terrain in which military operations had to be conducted in Ireland.” In the Scottish Wars at the beginning of the 14th Century, Robert de Bruce and contemporaries like William Wallace deployed Hobelars to great effect against the bigger and more heavily armed knights of King Edward I (Longshanks) of England. The Hobelars could travel up to 60 miles in one day to escape or launch surprise attacks against their enemies. 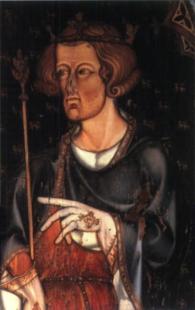 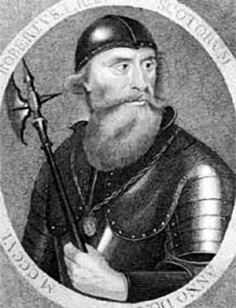 Edward recognised the advantage these hobelars had in the mountains and marshlands of Scotland and he forbade the export of hobby horses from Ireland to Scotland. In 1296 he also requisitioned troops from Ireland and amongst them was 260 Irish Hobelars

We have a first-hand account of what is undoubtedly an Irish Hobby horse in 1399. Jean Creton, a valet-de-chambre to the French king Charles VI joined the English King, Richard II’s expedition to Ireland, via  Waterfoprd, with a large army. Richard wished to chastise Art Mor McMurrough , king of Leinster, for his blatant disregard of Richard’s  rule in Ireland. Art was not intimidated by Richard and he continuously harassed the English army on its way to Dublin. As a result, Richard sent his emissary, the Earl of Glochester, to treaty with Art.  Jean Creton observed that meeting and recorded it in his Histoire du  Roy d’Angleterre Richard 1399. He describes the arrival of Art:  ”He is a fine , large, handsome man, marvellously agile, yet stern of countenance and indomitable mien. He wore a high conical cap covering the knape of the neck and a parti-coloured cloak, long coat and undercoat all of gay yellow, crimson and blue. He rode a very swift horse of great value, valued that of 400 milch cows, having neither saddle nor house, but could rush down a hill faster than a deer or hare. After divers discourse Art told my lord: ‘I am the rightful king in this land, thereby it is unjust to deprive me of what is my land  and country by force of conquest.’”  There is an  illustration of that famous meeting in Jean Creton’s history.  King Art’s  horse is clearly depicted as being lighter than the horses of the English knights and Art is riding without stirrup or saddle which was typical of the Irish horseman at that time. 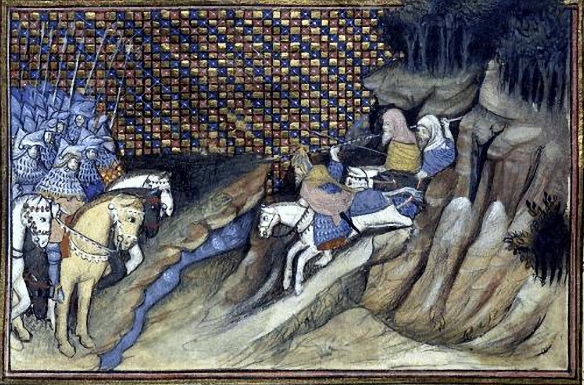 Art Mac Murrough arriving to parley with the Earl of Glouchester

Jean Creton’s remarks on the speed of Art’s horse bears out what Alexander McKay-Smith states in his book Speed and the Thoroughbred  wherein he explains that the speed of the modern thoroughbred  is inherited in great part from the Irish Hobby and its descendants, the Connemara Pony and the Irish draught Horse. “This is not surprising” he writes “the name of the hobby comes from the Gaelic obann   meaning swift or fast.

So, the next time you see a Connemara remember its unique and noble ancestry.

PS. Henry VIII greatly admired the “Irish Hobby” for its natural, ambling gait and comfortable ride. He began racing his own specially bred Hobbys against horses owned by others of the English nobility. By 1816, Henry’s pastime would lead to the word “hobby” being entered in the dictionary with a new meaning: “a costly pastime indulged in by the idle rich.”